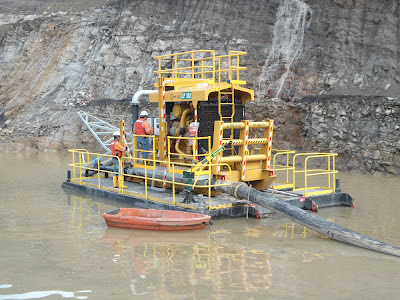 Cornell Pump Company continues to forge ahead in the mining market and recently entered into Indonesia through an Australian distributor. Working intimately with our distributor to come up with a modified version of the popular, successful MX mining series pump, Cornell engineering was able to design an alternative sealing arrangement consisting of industrial grade packing versus the traditional Cycloseal® option standard on all mining pumps. This sealing option is required in Indonesia, as the local mines appear to be very reluctant to use mechanical seals, based on the increased downtime required to change out a seal versus packing. The first two units were delivered in April 2012 with eight subsequent pumps to be installed by mid-summer. Future MX series plan to have a dual option of a packing / seal stuffing box design to accommodate all customers in the mining market.

The distributor reports that the pump is very robust, and holding up well. The silt is busting pipes, but not affecting the operation of the pump. Just another example of Cornell engineering innovation.