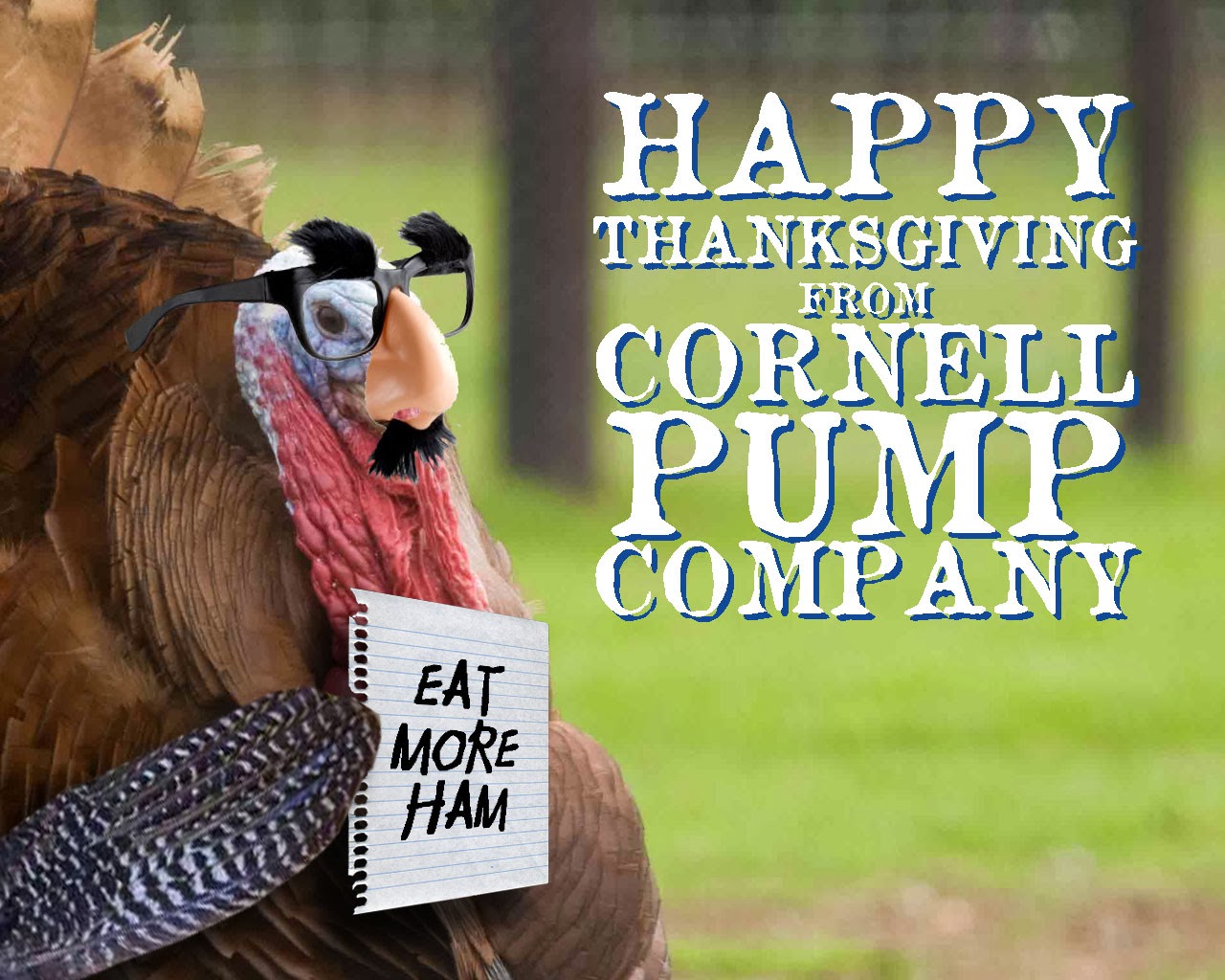 Cornell wishes you a great Thanksgiving holiday. Our offices will be closed on Thursday, November 28 and Friday November 29, 2013 to celebrate with our families. No pumps or parts will ship from the factory those days.

We will operate normal business hours on Monday, December 2, 2013.

Since launching in August 2013, Cornell's self priming line, STX, has racked up applications around the globe. The new line of self-primers offers the best efficiencies in the industry—up to 8 percent better than other leading manufacturers, depending on the model. Combined with our patented-Cycloseal® back plate technology, the STX Series is designed to operate in extremely heavy duty situations. 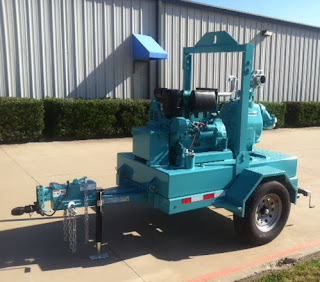 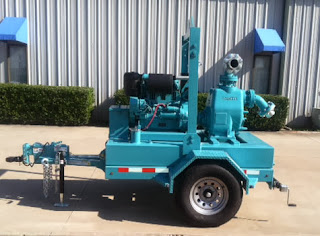 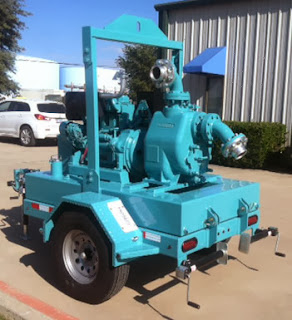 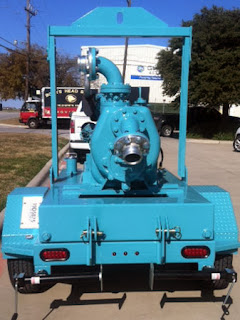 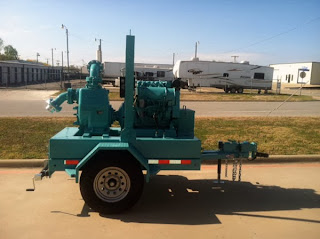 These pictures show the STX mounted on a trailer package. A leading OEM rental distributor of Cornell put this tantalizing package together with the Cornell 6STX pump. Designed to pump up to 1,600 GPM, and handle a 3 inch solid, the 6STX boasts BEP of 62 percent.

Costing up to $2,000 less a year to operate than other leading manufacturers 6 inch self-primers, the Cornell STX is not only sharp looking—it’s a cost saver.

To find out more about the STX, visit the Cornell website, view the brochure, or access the technical data sheets.

Did you know? A specially designed removable rotating assembly allows the new Cornell piece to retrofit with other manufacturers' pumps. Contact Cornell to see if you can retrofit with the best!

(New York, NY) Rentricity Inc., the in‐pipe hydro energy recovery company, executed an exclusive agreement with the Cornell Pump Company of Clackamas, Oregon to develop a line of NSF 61 certified turbines; better known as pumps operating as turbines (PATs). The agreement will support the growing requirement across the United States for NSF 61 products used by water operators, which is being adopted by many state agencies as a water quality standard for materials used within drinking and potable water systems.
Read more »
No comments:
Email ThisBlogThis!Share to TwitterShare to FacebookShare to Pinterest 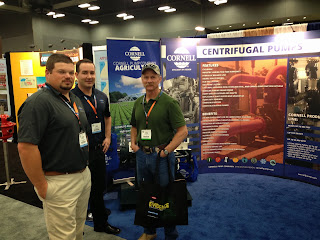 Learn about the clear liquid and solids handling pumps Cornell makes for the agricultural industry. Many Cornell general purpose pumps exceed 80 percent efficiency in popular 1” through 10” discharges, and feature heads up to 700’. For solids handling, Cornell offers three impeller designs for your toughest applications.


No comments:
Email ThisBlogThis!Share to TwitterShare to FacebookShare to Pinterest

Edge® display pump, being viewed by thousands of IA Show attendees in the innovative product judging hall of the IA Show. 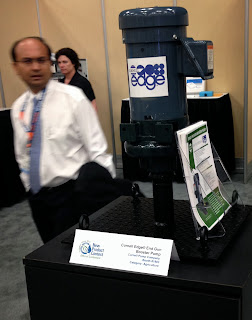 Cornell Edge® up for New Product Contest at the IA Show

Cornell presented our case for why the Edge® should be considered the New Product of the Year for the irrigation industry today, at the IA Show in Austin, TX.

With up to 79 percent efficiency, two model sizes, improved mechanical design, and cross functionality with existing installations, the Edge® End Gun Booster is in the running for the award.

"The Edge® fits a real need," said Bob Jansen, Cornell's Agricultural Manager, "It is high efficiency, cost effective, and works on many systems."

The Cornell Edge® End Gun Booster Pump is used on pivot irrigation systems to increase water coverage to corners. Traditional pivots rotate around a center point; as such they will water in a circular pattern. By attaching a booster pump and a sprinkler to the end of the pivot, most of the corners of the field can also be irrigated, increasing yields. The Edge® is very efficient at pumping the water into the corners. It has design modifications that make it robust, a specially designed motor, and long warranty.

And, there are dealer incentives right now on the Edge® - the more that are purchased, the greater the amount of Cabela's gift cards a dealer can earn. Learn about the promotion here [link.]

Cornell hopes to win at the IA Show, but being considered is a great honor as well. Judging will be announced on Thursday November 7, 2013. 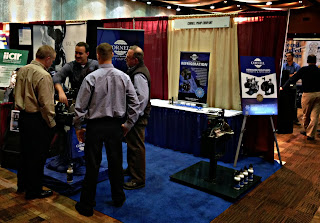 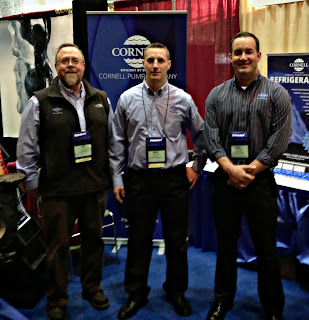 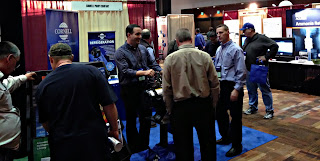 See how Cornell has been an industry-leader in refrigeration pumps for 40 years. View our open drive, hermetic, and glycol pumps on display. Learn how Cornell quality can make a difference in your refrigeration system.

New resource: Refrigeration Troubleshooting Guide. Helps answer question about system operation, what to do if you pump is digesting oil, how to handle vapor entrainment, and much more. Download this guide for free [link.]

Pictured are Jon Ylvisaker, Dave Young, and Derek Petersen from Cornell’s sales team at the RETA show in Bellevue, WA.